The flights, which will go through Nov. 22, will mostly end by 10:30 p.m., though some flights will be later than normal, said a news release from the air force base.

“Local residents will notice increased activity during the evening hours as pilots continue to sharpen their night-time combat flying skills,” the news release said. “The wings are required to train at night to maintain their readiness and all-weather capabilities. Increased flying also provides a valuable opportunity to evaluate aircraft maintenance resiliency and operational agility.”

The wings now have three fighter squadrons with more than 70 aircraft, the most since receiving the first F-35A in 2015, which also factors into the increased activity. This includes many new pilots who need specific training.

The 388th and 419th are the Air Force’s first combat-capable F-35 units, the news release said. The first operational F-35As arrived at Hill in September 2015. “The active duty 388th FW and Air Force Reserve 419th FW fly and maintain the jet in a Total Force partnership, which capitalizes on the strength of both components,” the news release said. “By the end of this year, Hill AFB will be home to 78 F-35s.” 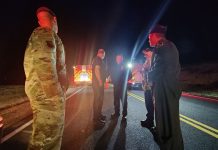 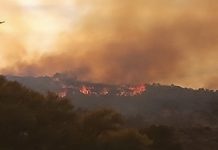