SOUTH JORDAN, UTAH, November 23, 2015 (Gephardt Daily, Jonathan Martinez) ─ As the stress of the holidays approach and people prepare for family gatherings, good times and great food, the release of several new movies this holiday season may allow for some much needed down time.

Talking Pictures’ Tony Toscano, a nationally recognized movie critic and film historian who lives here in Utah, says the lineup for December is something to look forward to.

Showing the darker side of the Holiday’s The month starts off with “Krampus.” Scheduled for December 4 release, the Universal Pictures production shows a darker side to the holidays.

Emjay Anthony stars as Max, who unknowingly catches the attention of Krampus, a evil source who feasts on those who have turned away from the Christmas spirit. A flurry of once cherished holiday figures soon turns to monstrous behavior and wreaks havoc on Max’s dysfunctional family members, forcing them to somehow work together to survive.

In the Heart of the Sea

Ron Howard’s “In The Heart of the Sea” is the “Moby-Dick” style film set in 1820. It follows New England crewmen who face a mammoth-sized bull whale that viciously attacks their ship, leaving them to fight for their lives. Starring heartthrob Chris Hemsworth, the film is scheduled for a December 11 release.

One of the most anticipated movies of 2015 is scheduled for release on December 18. “Star Wars: The Force Awakens” is expected to break box office records. The movie has already broken records in pre-ticket sales. From older generations to new, Walt Disney’s latest endeavor to showcase Han Solo (Harrison Ford) as he faces the evil Kylo Ren (Adam Driver) is apparently a film many don’t plan to miss.

For anyone seeking a comedy fix before the holidays, “Sisters“ is also scheduled for a December 18 release. Stars Tina Fey and Amy Poehler play sisters who desperately want to bring back the good old days by throwing one big return-to-the-past party before their parents sell their home.

Alvin and the Chipmunks; The Road Chip

And what about kids? Also coming out Friday, December 18 is the release of “Alvin and the Chipmunks; The Road Chip.” The furry family favorites think Dave (Jason Lee) is about to propose to his new girlfriend, and try everything they can think of to stop him.

So what about Christmas day? With four major box office movies scheduled to be released, there will be something for everyone who heads out on Friday December 25, 2015 to catch a flick.

“Concussion” staring Will Smith, highlights a very controversial subject among the National Football League. Inspired by the true stories of Junior Seau and Dave Duerson, Smith portrays Dr. Bennet Omalu, a forensic pathologist who races against the clock to bring the dangers of American football to the forefront, against the wishes of the NFL.

It appears Will Farrell and Mark Wahlburg have a problem. In “Daddy’s Home,” Farrell tries to win the affection of his step kids when their dad (Walhlburg) suddenly wants to be a part of the picture. The two battle it out in a comedic effort to be the better parent.

In the movie “Joy,” a young girl (Jennifer Lawrence) has dreams of a fairy tale future. As she becomes and adult, she finds that the road to a perfect life isn’t so happily ever after. Also staring Bradley Cooper and Robert De Niro, this American comedy-drama is all about the struggling life of Joy Mangano, a single mother of three who invented the miracle mop and found being at the top requires a lot of blood, sweat and unexpected miracles.

“Point Break,” is a remake of the 1991 film that starred Patrick Swayze and Keanu Reeves. Johnny Utah (Luke Bracey), is a FBI agent who goes undercover to catch a team of extreme sports surfers he suspects is responsible for a string of very high profile heists.

Toscano says he is especially excited to see “In the Heart of the Sea” because he really enjoys this types of film. He also feels “Concussion” just may end up being the movie of the year and is expecting it to be a great film. Toscano thinks the three comedies, Sisters, Daddy’s Home and Joy, also appear as though they will all be worth watching.

When asked about his thoughts on Disney’s “Star Wars,” he said he was unsure the film could live up to all the hype. “I have a lot of faith in J.J. Abrams, the films director, he has made many wonderful and great movies over the years,” Toscano said. “But I worry that die-hard Star Wars fans may be disappointed.”

Toscano is less thrilled about “Point Break,” he said, because remakes are difficult to begin with. Toscano hopes remakes don’t get too far away from the original versions.

For a complete list of these films, along with several other releases coming out in December, visit boxofficemojo.com. 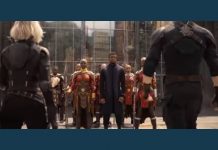 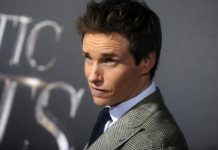