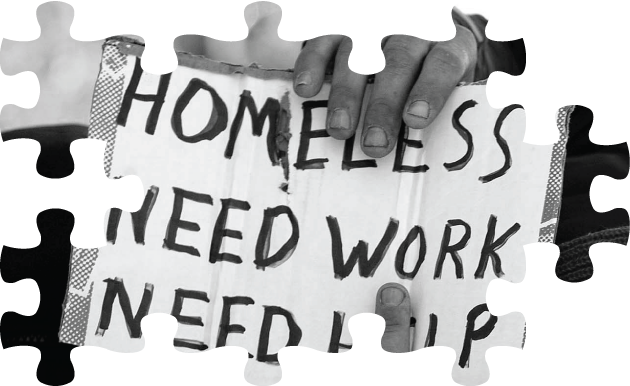 Eugene Schwarz would rather sleep outside.

The 50-year-old veteran camps in the foothills south of Salt Lake City, where mice nibble on his Latin dictionary and Agatha Christie novels.

A few other pests come by: Boys from the neighborhood over the ridge occasionally steal the paints for his model bomber airplane. And hikers pass through every now and then.

But Schwarz, a New York native with a bachelor’s degree in philosophy, has stayed in his spot for more than a decade.

Utah officials aiming to end chronic homelessness in 2015 concede the number will never go to zero. Health and housing workers say a few people are bound to fly under their radar, and others don’t want to come inside.

“It’s the same way with the chronically homeless,” he said.

Schwarz is one of those who prefers to stray.

On a recent Saturday, his day off from cleaning University of Utah toilets and county buildings, Schwarz offered rare visitors a cup of coffee and a look around his tent in a ravine near the interstate.

“Everything’s within arm’s reach, so I can cook and read and sleep,” he said. “I like living outside because it’s a simpler and cheaper way to live. Most people pride themselves on their possessions. Me, I pride myself on what I know, books I’ve read.

But he stays close to the city. Diabetes and a love of Cicero bind him to health care from Veterans Affairs and city library book sales.

Besides, he says, he doesn’t have the survival skills to break away completely.

Schwarz sleeps close enough to the road that he needs ear plugs to doze off. Officers have told him to move his camp farther up the canyon once or twice, but he rarely sees them.

The son of a secretary and a hair dresser, he joined the Army three decades ago to pay for college, serving briefly in Germany. He studied at the University of Arizona at Tucson before pit stops in St. George and Kanab. Schwarz first came to Salt Lake City about 20 years ago for a summer job digging graves.