HOLLADAY, Utah, Jan 17, 2016 (Gephardt Daily) — One of two Unified police officers wounded during a Sunday morning shootout in Holladay has died from his injuries.

The deceased officer has been identified as Officer Doug Barney, a longtime veteran of the Unified Police Department.

Barney and a second officer were wounded during a Sunday morning gun battle during which a male suspect was fatally shot.

A second suspect, described as a female with blond hair, wearing a gray hoodie, was still being sought early Sunday afternoon after fleeing the area. A helicopter, K9 units and multiple officers were involved in the search for her, in and around the area of 2167 E. 4500 South, Holladay.

Lt. Lex Bell, of the Unified Police Department, said the incident began at about 9:51 a.m. with a traffic accident nearby.

“They were looking for two suspects that left that accident scene,” Bell said. “Ultimately, there was a confrontation, and two officers of the Unified Police Department were shot…. The suspect is dead. Both of our officers are in the hospital, critical and serious.”

Bell said investigators believe the female may have been an occupant of the car, a black BMW.

“She may have been in the accident with the male, but all of this is a very dynamic and developing situation,” he said.

“Within minutes after after that (the crash), that confrontation occurred. The officers actually rolled up on the accident,” rather than being involved in a pursuit, Bell said.

Bell said he did not yet have an identification on the deceased suspect. An investigation into the officer-involved shooting would be handled by another agency, the Salt Lake City Police Department, in keeping with police protocol, Bell said.

It always upsetting when officers are hurt in the line of duty, Bell said. No names had been released, since the officers’ families may not have been notified.

“It’s a dangerous job, and this is an obvious reminder of that,” Bell said. “Two officers were shot in what started out as a traffic accident. It’s obviously an emotional time right now, but we are trying to get through that as an agency, an organization and a brotherhood.”

Gephardt Daily has a crew on the scene, and will update this story as information becomes available. 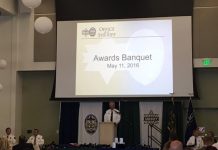 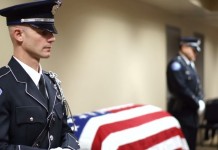 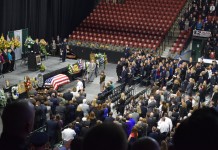