Macin, the youngest of Tracey Bratt-Smith and her husband Darrin’s six children, walked away from home at the age of 17 in the early morning hours when his parents thought he was on his way to school. He left behind his cell phone, wallet, laptop, even his school binder.

Twenty-four months later, despite hundreds of leads and potential sightings, the Smith family has no more concrete information than they had back at the beginning.

Gephardt Daily has communicated extensively with Macin’s family, particularly his mom, since the week he went missing, and one of the more difficult questions we have had to ask is when a body is found in the St. George area, if it could be him.

Back on Aug. 19, we reported on a body found by hikers in a remote area of Washington County, believed to be that of a male.

Washington County Sheriff’s officials described the body as being in an advanced state of decomposition. The hikers found the body near the Washington Hollow Trail area, which is in the Red Cliffs Desert Reserve, just north of Washington City, which in turn is just north of St. George.

Search and rescue crews recovered the body, but found no evidence of the person’s identity. The body has been sent to the Utah Office of the Medical Examiner in Salt Lake City for further investigation and identification.

But Bratt-Smith says she’s convinced it is not Macin. She spoke about it exclusively to Gephardt Daily.

“I have been highly aware of the bodies found recently in the St. George area,” she said. “I haven’t had 100 percent confirmation that the male is not Macin, but going from what he was wearing alone, I don’t feel it could be Macin.”

She added that on Friday, although it promises to be an emotional day, the family will be keeping things as normal as possible. However, the Smiths will be commemorating and bringing awareness to all who have been affected by suicide or depression at the “Out of the Darkness” event in Salt Lake City on Sept. 16, with the walk beginning at 11 a.m.

Bratt-Smith said group members will be wearing their Macin shirts. More information about the walk is available here.

Bratt-Smith says that it hardly seems possible to her that Macin would be 19 years old now and has had no interaction with the family.

“It’s a phenomenon really, two years has gone fast but at the same time, every day seems like an eternity without him,” she said. And they are not giving up yet. “Depending on how much money we can raise, I want to go broader,” she said about the family’s next steps. “Attempt to make Macin’s face and name a household familiarity. Billboards in every state and social media ongoing advertisements.”

Bratt-Smith and other family members have posted Facebook updates as often as they feel able to the Help Find Macin Smith Facebook page, whose members have swelled in number to 50,872, in the hope of bringing him home. There is a $10,000 reward in place for information leading to Macin’s location.

Macin is 6 feet 4 inches tall and weighs 200 pounds. He has light blue eyes and he had short blond hair when he went missing. The Smith family moved to Utah from Canada in spring 2015. Prior to that, Macin was raised in Saratoga Springs, which is west of Lehi. He started kindergarten and attended school through eighth grade in the Saratoga Springs area.

And Bratt-Smith says she does have a message for Macin, if by any chance he is reading.

“I would say to you Macin, that your Momma and family loves you forever and always,” she said. “We hope you can be happy and prosper. We hope you will find it in your heart to contact us or better yet, come home.” 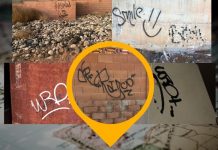