ST. GEORGE, Utah, Feb. 6, 2021 (Gephardt Daily) — A man is in jail and facing multiple charges after allegedly leaving a store with several items he didn’t pay for and repeatedly punching the loss prevention person who attempted to stop him.

Jonathan Tod Hofmeister, 38, was booked on the following charges:

According to an affidavit of probable cause filed in the 5th District Court in St. George, the incident occurred Thursday afternoon at a Staples store at 245 N. Red Cliffs Drive.

The responding officer was told by police dispatch that a man entered the store, filled a cart full of items, left the store, and began to load the items into his vehicle.

The loss prevention employee went out and attempted to stop the suspect, who was later identified as Hofmeister by his Utah driver license, the affidavit says.

While the loss prevention employee tried to stop Hofmeister, Hofmeister started repeatedly punching the man in the face, according to the document.

“The manager of Staples then stepped in to attempt to stop the fight, and Jonathan pushed her,” it says.

During the 911 call, a conversation could be heard between Hofmeister and the female store manager, in which Hofmeister allegedly said, “Yes, I am leaving with your product.”

The officer reported that Hofmeister then could be heard saying, “You guys have insurance on this stuff anyway.”

When the store manager told Hofmeister that didn’t give him the right to take the items, he allegedly replied, “How do you think the CEO’s make it up in the world, by taking what they want.”

The arresting officer informed Hofmeister of his Miranda Rights, and Hofmeister said he was willing to talk.

“I asked him if he actually bought the items, and he stated that he did, but he threw the receipt away. I confirmed with Loss Prevention and the employees that the male did not pay for the items.”

Each employee signed a witness statement for the incident. The affidavit goes on:

“During the fight, employees asked Jonathan to stop, and he continued to fight them. While speaking with Jonathan some more, he stated that he did not commit the theft because he did not get the items home.”

The officer stated that Hofmeister “also attempted to make a deal with me, that if I were to let him go inside and pay for them, then I would not take him to jail. Each of these statements insinuate that Jonathan did not pay for the items.”

Hofmeister intentionally used force against others in the course of committing the theft, the document states. All of the stolen items recovered from his vehicle were scanned by employees and totaled $770 worth of merchandise before tax.

“It should also be noted that Jonathan has two prior convictions of theft within the last ten years. Jonathan used unlawful force against both the manager and loss prevention, by punching and pushing. Jonathan then failed to desist after being asked to stop,” the statement says.

It further states that Hofmeister committed the felony while he was on probation or parole for a previous felony charge.

Hofmeister was booked into Washington County Jail, where he is being held without bail. 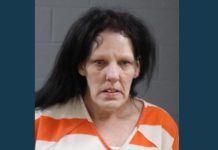 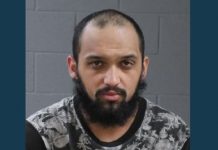