“Mr. Silva had been identified as the source of multiple threats of violence against police, specifically Salt Lake City Police and West Valley City Police, which had been made over social media,” the news release said. “Mr. Silva had threatened the use of firearms, had encouraged others to take up arms against police as well, and had reportedly listed the names and addresses of specific officers to be targeted.”

Silva was located in a vehicle and a traffic stop was conducted. The suspect was taken into custody and the driver of the vehicle, Christian Hernandez, 27, was also detained. Search warrants were executed for the home and vehicle of Silva.

“Inside the vehicle where Mr. Silva was located, investigators recovered four firearms including an AK-47 and an Uzi with a silencer attached, as well as numerous rounds of ammunition,” the news release said.

A search warrant was also executed at the home of Hernandez where additional electronic evidence was recovered.

“We commend this excellent work by our investigative team and the FBI,” the news release said. “With the severity of the threats, accompanied by the firearms located, we have every reason to believe that these arrests potentially saved lives. Mr. Silva reported that he was on his way to the protests in Salt Lake City when he was stopped.” 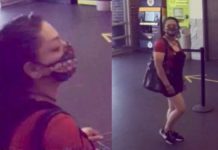 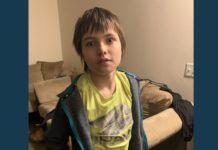