MILLCREEK, Utah, Jan. 18, 2019 (Gephardt Daily) — Police have released new details after car accidents and the subsequent carjacking of an elderly couple on Thursday in Millcreek.

The suspects in custody are Cory Webb, 24, and Justin Reid Sheridan, who is 33 but whose age was originally given as 24 by police at the scene. Both have been booked into the Salt Lake County Jail system.

According to probable cause statements filed against both men, they were in a vehicle that was stolen in Cottonwood Heights.

“Vehicle crashed into numerous vehicles at numerous locations before it finally stopped at 1515 E. Colony Drive,” says a portion of the statement that is identical in both men’s files.

“The subject fled on foot and found a vehicle with two unknowing victims inside. The subject got into the vehicle and ordered the victims to drive or he would shoot them.”

Police had been called to the location about one or more of the hit-and-run accidents, Lt. Melody Gray, Unified Police spokeswoman, said at the scene.

The suspects tried to hide from view, Gray said.

“Luckily for us, one of our officers did spot these people in the car — they popped their heads up. We were able to make a traffic stop on the vehicle. The suspects again fled on foot, and chase was given.”

Sheridan’s probable cause statement says that as he fled, officers saw he was holding a handgun.

“Subject was given commands to stop, and refused to comply. Subject was located two houses away from where he fled from the carjacking and had to be forcefully taken into custody.”

“Subject actively resisted officers, kicked an officer in the face, and attempted to break free from custody.”

Webb’s probable cause statement says Webb also was observed to have a handgun as he fled from the couple’s vehicle.

“Subject was located two houses away from where he fled from the carjacking,” Webb’s probable cause statement says. “Subject was found in possession of a large amount of narcotics as he was taken into custody.”

The statement also said Webb was a parole fugitive, awaiting trial on another felony charge of aggravated robbery.

The elderly couple was not injured, Gray said at the scene.

“They are physically fine. They are a little bit shaken up. It was quite a frightening experience for them to go through.” 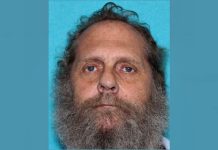 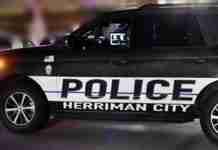 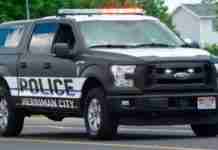