OREM, Utah, Aug. 27, 2019 (Gephardt Daily) — An Orem man has been charged with 32 crimes related to the alleged abuse of a disabled woman in Utah County.

Kerry Scott Robertson, 54, has been charged with 21 felonies, including a dozen counts of rape or object rape; and 10 class A misdemeanors, all for sexual battery.

The victim, a young adult police say has physical and mental limitations, said the abuse happened over at least six months in 2018.

Robertson was interviewed by Orem police, his probable cause statement says. After being informed of his Miranda rights, Robertson told officers he had touched the victim inappropriately for at least a period of two years, and had had intercourse with the victim at least 10 times, the statement says.

Due to the young woman’s intellectual limitations, police deemed her unable to provide consent to the acts.

Robertson is being held in the Utah County Jail without bail. 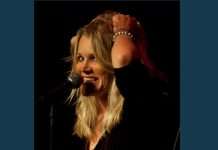