OGDEN, Utah, April 23, 2019 (Gephardt Daily) — An Ogden man is facing a charge of child abuse, a second-degree felony, after a 3-year-old girl in his care suffered seriously injuries.

A probable cause statement from the 2nd District Court in Ogden said Joshua Matthew Bailey, 24, was arrested Monday after an investigation that began Feb. 12.

Bailey was the sole care provider of the victim on that date in February, the statement said.

After leaving the girl’s mother at work, Bailey took the 3-year-old girl and his infant son back to their apartment in Park Boulevard in Ogden.

“Joshua stated to me during an interview that they walked into the apartment, he put the baby down with a bottle, went to the bathroom then asked the girl to go to the bathroom,” the statement said. “Joshua said, the girl ‘took a step, her hands went up’ and she went into a seizure.”

Bailey admitted to leaving bruises on her face after he was “smacking” her during her seizure to keep her awake and bruising under her jaw from checking for her pulse. Bailey then contacted the mother and not 911, the statement said.

Bailey put the little girl and the infant in the vehicle and drove the other direction to pick up the mother before driving to McKay-Dee Hospital ER.

“After arriving at McKay-Dee, staff discovered severe bruising all over the girl including her legs, arms, face, neck, back, buttocks and genitals,” the statement said. “A CT scan was done and the girl showed an old brain bleed on the back of her head.”

The medical report showed the injuries were non-accidental and that if the girl continued to remain in the home it would be likely that she would die, the statement said.

“Bailey denied causing any injury to the girl other than her face and neck,” the probable cause statement went on.

The suspect was on probation a previous assault when he was arrested.

Bailey is being held without bail in Weber County Jail. 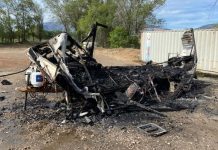 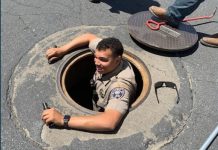