SALT LAKE COUNTY, Utah, Nov. 10, 2019 (Gephardt Daily) — A pair of suspected car thieves are behind bars after leading police on a winding chase across the Salt Lake Valley in two separate cars.

Unified Police Department Sgt. Melody Gray told Gephardt Daily the odyssey began Sunday about 9:30 a.m. when an officer on routine patrol spotted a BMW he believed to be stolen.

The officer followed the car at a distance and saw the female driver pick up a man who was on foot near 4200 South and Redwood Road.

The officer checked UPD’s “Hot Sheet” and confirmed the BMW was stolen, Gray said. The officer then called for backup while continuing to tail the car.

Gray said when the vehicle stopped at a traffic light in the area of 3300 South and I-15, the officer got out of his cruiser and slipped spike strips beneath the BMW’s rear tires.

The car hit the spikes, but the woman driver continued on, heading west on 3300 South into West Valley City, before stopping at the Holiday Oil Gas Station at 2716 West and 4700 South.

Police said the male suspect jumped from the BMW and into an unattended car that was parked at a pump while its owner was paying for gas.

The female suspect tried to join him, but ended up staying in the BMW as police closed in.

Both cars sped off, ultimately turning onto 3400 West where the female suspect bailed from the BMW and tried unsuccessfully to run from arresting officers.

The male suspect continued driving in the second stolen vehicle, leading police on a chase through West Valley City, West Jordan and into Taylorsville. He finally stopped on Bangerter Highway just south of 6200 South and surrendered to police.

The male suspect was identified as Brock Jay Hansen, 33.

The female suspect has been identified as Brittney Nicole Price, 23, of Murray.

Gray said one officer was injured while taking the woman into custody. That officer was taken to an area hospital to be checked out. 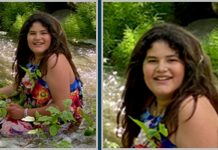