PRICE, Utah, May 13, 2019 (Gephardt Daily) — A Price man is under arrest after he allegedly threatened to kill people in messages sent to a church pastor.

A probable cause statement from the 7th District Court of Price said Brenden John Polito, 32, is facing charges of threat of terrorism, a third-degree felony, and disorderly conduct, a class C misdemeanor. He was arrested Sunday and transported to the Carbon County Jail with his bail set at $5,380.

The probable cause statement said that at approximately 10:40 a.m., the arresting officer spoke to the reporting person in the case, who is a pastor for the Liberty Faith Fellowship Church in Price.

“The pastor advised me that he had received some very concerning Facebook audio recordings from the suspect earlier this same morning,” the statement said. The arresting officer listened to them “and the audio messages were clearly from the suspect’s, Brenden Polito’s, account.”

The probable cause statement said that the arresting officer has known the suspect “for quite some time” and he could tell it was Polito’s voice on the messages.

The arresting officer said that as he was talking to the pastor, the pastor said his service was starting at 11 a.m., and it was shortly after that time.

An attempt to locate was put out on Polito through Price dispatch, the statement said, and due to the nature of his messages, officers also attempted to ping his cell phone.

The arresting officer tried several addresses in the Price and Carbonville area that Polito goes to frequently but he wasn’t there, the statement said.

A short time later Polito was observed walking down the street and officials made contact with him, then placed him under arrest.

Due to the fact the suspect’s recorded threats caused the interruption of the Liberty Faith Fellowship Church, he was booked on the terroristic threat charge. The disorderly conduct charge was due to “the fact Brenden engaged in threatening behavior by sending the recorded messages,” the statement said.

The Liberty Faith Fellowship Church also issued a statement by way of Facebook, which reads: There is quite a bit of a misunderstanding regarding the events that transpired yesterday. This situation is being blown out of proportion quite a bit.

The man who was arrested had contacted the lead pastor early Sunday morning and made threats against people that did NOT attend this church. He also indicated that he was on drugs and also indicated he had suicidal thoughts. A threat to harm another or to inflict self harm is a very serious threat. The police arrived at the church to take the statement of the lead pastor and take into evidence his conversation with the suspect. This was the sole purpose of the authorities being at the church. The police asked if the suspect was expected to show up to church that day, and the lead pastor indicated that it was very highly unlikely. After taking the pastor’s statement, law enforcement began the search for the suspect for a welfare check.

At no time did the pastor feel threatened nor the congregants of his church. Again, the authorities were at the church ONLY because that is where their lead witness was, who happened to be the pastor. Other than beginning a few minutes late, we went on to have an wonderful church service and an outstanding Mother’s Day.

We are extremely grateful for the quick work and the hard work of our sheriff’s department and local authorities. Our prayers go out to the suspect, law enforcement, and for our communities. 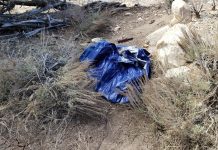 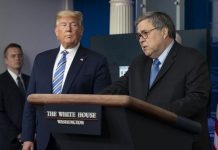