UTAH, Oct. 30, 2020 (Gephardt Daily) — Utah Sen. Mike Lee has released a statement saying he did not mean to upset people with his comments comparing Pres. Donald Trump to Captain Moroni, a military leader from “The Book of Mormon,” a scripture of The Church of Jesus Christ of Latter-day Saints.

“Some people found that upsetting, blasphemous and otherwise wrong,” Lee said in a post on his Facebook page.

That was not his intent, Lee, a member of the LDS Church, wrote in his post on Thursday, in which he also admitted that ” … my impromptu comments may not have been the best forum for drawing a novel analogy from scripture.”

His actual intent, Lee wrote, was to communicate that “Donald Trump has far exceeded my expectations by sticking to his effort to reform the federal government even when it’s hard and unpopular.”

Yesterday I made a comparison between Captain Moroni, a military leader whose story is chronicled in the Book of Mormon, and President Donald J. Trump. Some people found that comparison upsetting, blasphemous, and otherwise wrong.

I respect their right to feel that way, and realize that my impromptu comments may not have been the best forum for drawing a novel analogy from scripture. I doubt this will change the minds of those who disliked my comments, but I’d like to explain my use of the comparison to make my (perhaps awkward) point clearer.

First, I did not suggest and do not believe that President Trump is a prophet or that he should he revered as a religious leader. I did not argue that faithful, fair-minded members of my Church (or of any belief system) couldn’t reach a different conclusion as to whether to vote for President Trump. Nor did I mean to imply that I agree with everything he has ever said or done, either while serving as president or otherwise. Finally, in no way did I suggest that people should seek to emulate President Trump in the same way they might pattern their lives after Captain Moroni.

The point I was trying to make (however awkwardly) was far simpler: after working with and getting to know President Trump over the last four years, I now see him in a very different light than I did in 2016. In addition to the fact that I genuinely like him on a personal level, I have come to the conclusion that he has “s(ought) not for power, but to pull it down.” Translating Captain Moroni’s language into Donald Trump’s, he has relentlessly tried to “drain the swamp”—for example, by avoiding new wars while winding down existing ones, reducing federal regulations, relieving the federal tax burden on working families, and reforming the criminal-justice system. By so doing, and with his abrupt and often brash style, he has threatened the established political order in a way that— far from bringing him the “honor of the world” — has subjected him and his family to constant ridicule and scorn. He has nonetheless persisted in this effort for pursuit of the “freedom and welfare of [his] country.”

In short, Donald Trump has far exceeded my expectations by sticking to his effort to reform the federal government even when it’s hard and unpopular.

Maybe the comparison I made was more distracting or offensive to you than helpful. That was not my intent. I do my best to say what I think in open and forthright ways at all times. I hope you will respect my right to do my best at that, even when my words come across in ways that offend you. 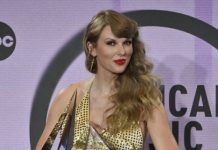