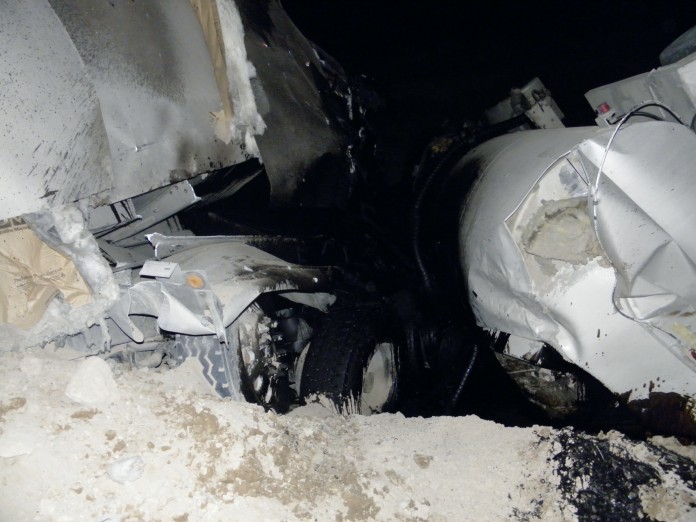 According to a statement by the Utah Highway Patrol, the truck was traveling northbound on Wells Draw Road around 8 p.m. roughly eight miles south of State Route 40, when the driver lost control and rolled the vehicle.

Both oil tankers ruptured, sending the thick black crude oil cascading into the dry creek bed. The oil flowed for nearly a mile before coming to a stop.

Crews worked throughout the day Sunday to contain and clean the oil spill.