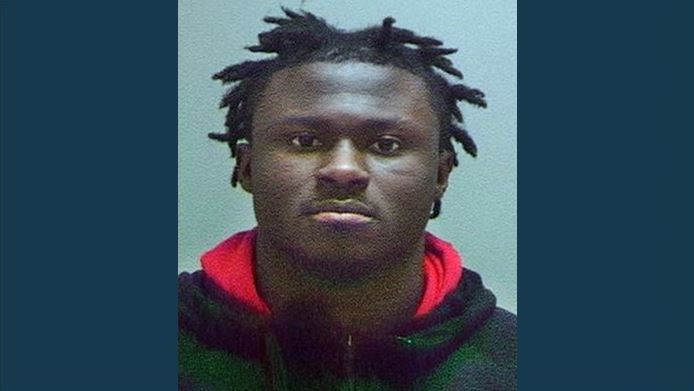 SALT LAKE CITY, Utah, Jan. 30, 2020 (Gephardt Daily) — University of Utah football player Terrell Perriman has been arrested in the connection with alleged kidnapping and rape of a 17-year-old girl.

Perriman, 20, was arrested at 5:50 a.m. Thursday and booked into the Salt Lake County Jail on suspicion of:

A probable cause statement says Perriman and the alleged victim met on Instagram, then exchanged texts on Snapchat.

“The victim later met up with Perriman at his apartment located (near downtown). Perriman took the victim into his room and refused to let her leave. While in the bedroom the victim observed a blue taser and she stated she was afraid he would use it on her. The victim repeatedly asked Perriman if she could leave but he refused.”

The statement says Perriman then pushed the victim down on the bed and told her she could leave if she performed a sexual act.

“The suspect also took the victim’s cellphone away from her and out of her reach so she couldn’t make any phone calls,” the probable cause statement says. “The victim told Perriman that if he let her go she wouldn’t tell the police, but he stated he didn’t care.”

The girl told investigators Perriman ultimately put his hand over her mouth and sexually assaulted her.

“We were made aware of the very serious allegations involving a member of our football program and he was immediately suspended from all team activities. We have since been informed that Terrell Perriman has been arrested by the Salt Lake City Police Department. Obviously, this does not reflect the values and standards of our program and we will continue to monitor the situation as it moves through the legal process,” Whittingham said.

“We are cooperating with the authorities and university personnel will continue to assist as requested. Due to the ongoing legal proceedings, were are unable to comment further at this time.”

As of early Thursday afternoon, Perriman, a native of Miami, remained in jail.

Salt Lake City Police officials suspect there may be other victims of Perriman, and are asking those people to come forward. To view the news conference — which has some technical problems — click on the player below.

Update on an arrest of a University of Utah Football player earlier today.