NORTH LOGAN, Utah, Nov. 24, 2019 (Gephardt Daily) — A man has been arrested after he allegedly fatally stabbed his mother at a North Logan apartment complex Saturday.

A news release from North Park Police Department said officers were dispatched to North Pointe Apartments at 1580 N. 200 East just after 3:10 p.m. on a report of an unconscious woman.

“Officers and EMS arrived on scene and began life saving measures; North Logan Fire along with paramedics continued these measures,” the news release said. “Unfortunately, all attempts were unsuccessful.”

The victim has been identified as Debra Ann Andrews, 67, a follow-up news release Sunday morning said.

“Evidence shows that Debra was the victim of at least one stab wound and was pronounced deceased at the scene,” the follow-up news release said. “Debra has been transported to the Utah State Medical Examiner’s Office for an autopsy where cause and manner of death will be determined.”

“Details of what led up to Debra’s murder is still under investigation,” the news release said.

Shawn Andrews was arrested Saturday and later booked into the Cache County Jail. He is facing one count of murder, a first-degree felony and three counts of obstruction of justice, a second-degree felony. He is being held without bail. 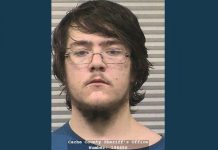 Police: North Logan man charged with assaulting 13-year-old after luring her to apartment on Snapchat 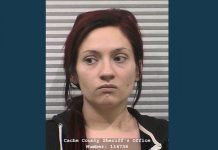