“He brought his dog along to burglarize this home under construction in Elk Ridge,” said a tweet from Utah County Sheriff’s Sgt. Spencer Cannon.

“The dog looks like a German shepherd but the tail looks like a husky. This person casually walked in and out of a garage stealing power tools.”

The tweet said the man walked in and out several times as he took a chop saw, hammer drill, and a full gas can.

The man appears to be wearing a black hat, blue coat and black pants.

Anyone who recognizes the man in the surveillance footage below is asked to call UCSO detectives at 801-851-4010. 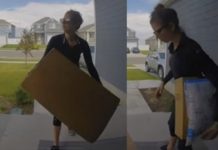 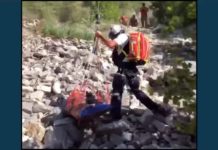