“The National Basketball Association game scheduled for tomorrow between the Utah Jazz and Washington Wizards at Capital One Arena has been postponed in accordance with the league’s Health and Safety protocols,” said a statement from NBA Communications.

“Because of ongoing tracing with the Wizards, the team does not have the league-required eight players to proceed with tomorrow’s game against the Jazz.”

The statement did not say when the game is likely to be played.

The Utah Jazz are playing the Cleveland Cavaliers tonight, at Rocket Mortgage FieldHouse in Cleveland, with a game that began at 5:30 p.m. The score of that game as of 6 p.m. is 17-14, with the Jazz winning. 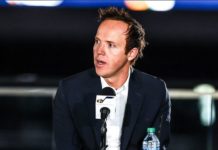 Utah Jazz to offer college scholarship for each win