PANGUITCH, Utah, July 14, 2018 (Gephardt Daily) — Officials in Panguitch are urging residents not to use drinking water, which has been found to be seriously contaminated.

Panguitch City is also warning people not to use tap water for preparation of food, brushing teeth, or even showering.

“DO NOT USE THIS DRINKING WATER,” says a notice on the Garfield County Sheriff’s Facebook page, adding that culinary water has been polluted with mud and other contaminates from the Brian Head Fire.

“High potential contamination levels have been detected at the Panguitch City water source. The levels exceed the short term dosage level for humans in drinking water. We learned of this on July 14, 2018.”

The problem was caused by damaged equipment in the water system, posts explain. Culinary water in Panguitch is contaminated with mud and other contaminates from the Brian Head Fire.

“A flash flood passed over the Panguitch City watershed and damaged one of the spring collection boxes. This has allowed mud to get into the water system. We are working as quickly as possible to clean the water tanks and lines. Please do not drink the water until further notice.”

City officials made a run to Cedar City to purchase large amounts of bottled water.

“One case of water per household will also be available at no charge from the Silver Eagle, 575 South Center. For more information, please contact the Garfield County Sheriff’s Office at 435-676-2678.”

Officials hope that by Saturday night, tap water can be used after it is boiled by users. But they urge people to wait until Panguitch City confirmation that it is safe before consuming water even after boiling. 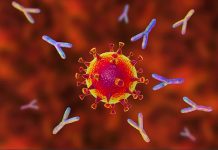