July 17 (UPI) — A total of 22 MS-13 gang members and associates were indicted on federal charges of racketeering and murder for participating in a series of killings, including the death of a man who was dismembered and had his heart cut out.

Announced Tuesday by the U.S. Attorney’s Office of the Central District of California, the 12-count indictment charges people linked to and members of the Mara Salvatrucha international gang with the killings of seven people who were members of rival gangs, those they believed to be police informants and a homeless man living in a park under the gang’s control.

“We have taken off the streets nearly two dozen people associated with the most violent arm of MS-13 in Los Angeles, where the gang is believed to have killed 24 people over the past two years,” said U.S. Attorney Nick Hanna in a statement. “This investigation has been an unqualified success. The collaborative law enforcement effort solved several murder cases and dealt a severe blow to members of the gang who engaged in acts of brutality not seen in the region for over 20 years.”

The 78-page indictment specifically targets a violent subset of the gang called the Fulton clique, which operates out of the San Fernando Valley and forces those who want to join the gang to kill an MS-13 rival.

It charges 22 people in connection to committing violent crimes and racketeering.

According to the indictment, on March 6, 2017, members of MS-13 abducted a rival gang member and took him to a remote area in the Angeles National Forest where six people hacked him to death with a machete.

“The victim was dismembered and his body parts were thrown into a canyon after one of the defendants allegedly cut the heart out of the victim’s body,” the U.S. attorney’s office said.

Along with the racketeering charges, the indictment contains four counts of first-degree murder and six counts alleging victims were killed “for the purpose of gaining entry to and maintaining and increasing position in MS-13 Los Angeles.”

“Taking violent offenders off the street should send a message to MS-13 members and their associates that medieval-style violence and senseless murder will not be tolerated in Los Angeles,” said Paul Delacourt, the assistant director in chard of the FBI’s Los Angeles Field Office. “Working with our local partners, we expect to impact MS-13’s influence in gang-occupied communities.” 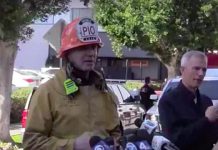 At least 11 injured in fire at California apartment complex 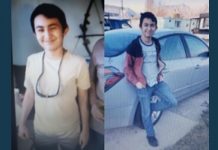 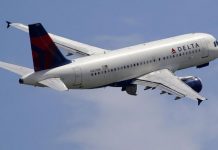