The 71 victims include 60 men, eight women and three children — ages 2, 3, and 8, officials said at a news conference Friday. Authorities said they suffocated. Syrian travel documents were found inside the truck. Investigators previously said 50 bodies were inside.

“We must assume now that these are refugees,” Hans Peter Doskozil, police director of Austria’s Burgenland region, said. “In concrete terms it is possible, this is a Syrian refugee group.”

A Bulgarian national of Lebanese origin, who owned the truck, and two drivers were arrested. Four other suspects have been released. It is not clear if they have been charged.

The truck was found Thursday on a main road close to the Austrian border with Hungary, in the eastern province of Burgenland. The truck, a refrigeration vehicle designed to carry frozen foods, was so tightly packed and the bodies were so badly decomposed that police could not get an accurate count initially. The truck may have been abandoned for up to three days.

The vehicle had a Hungarian license plate with a logo suggesting it was owned by Hyza, a Slovak meat company, controlled by Agrofert Holding, a Czech conglomerate. Agrofert said the truck was sold last year and the new owners apparently did not remove the insignia.

Thousands from the Middle East and Africa, many from Syria, have been seeking asylum in the European Union. Hungary continues to be the entry point for many, with the daily number of people coming in reaching a new record of 3,000 on Wednesday, including 700 children. Hungarian legislators will meet next week to decide whether to use military troops to quell the flow.

Italy, a main entry point for those traveling through the Mediterranean, is now considering a series of emergency measures to accommodate the migrants, including housing them inside old prisons and unused barracks. About 40 prisons are empty across Italy, along with dozens of old military bases and abandoned factories.

Germany, which receives the lion’s share of asylum applications in the EU, has proposed cutting cash benefits given to asylum-seekers and giving them food and clothing instead.

This week, German Chancellor Angela Merkel and other European leaders are meeting in Vienna to discuss how to respond to the crisis that has now overtaken Greece as well.

“This is a warning to us to tackle this migrants issue quickly and in a European spirit, which means in a spirit of solidarity, and to find solutions,” Merkel said Thursday 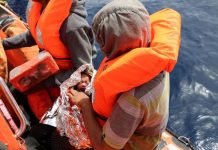 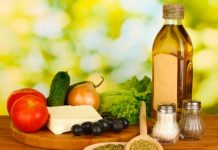 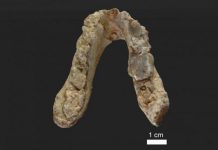