TORONTO, Aug. 26 (UPI) — Police arrested a man suspected of killing three people with a crossbow in eastern Toronto on Thursday, an act also said to be linked to a suspicious package found downtown.

The unidentified 35-year-old suspect was seriously injured and has not yet been charged. He allegedly used a crossbow to kill two men and a woman in a garage and driveway. The victims, all related, also have not been identified; one victim called 911 around 1 p.m. but was dead when police arrived, Detective Sergeant Mike Carbone said.

Police were investigating a suspicious package in a condo area about 12 miles across town they said was linked to the killings but they did not give details.

Police said they responded to a call about multiple stabbings, but a crossbow was lying on the garage floor and the wounds of the victims are consistent with a crossbow bolt.

“We don’t have any idea with regards to why this may have happened,” Constable David Hopkinson told CBC News. 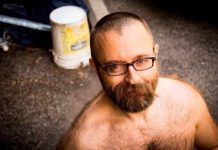