Jan. 11 (UPI) — At least four people were killed, including the suspected gunman, and several others were injured in a shooting rampage over the weekend that began in Chicago but ended in Evanston, Ill., authorities said.

Chicago Police have identified the suspected gunman as Jason Nightengale, 32, who was killed during a shootout with police in Evanston, just north of Chicago, on Saturday evening, bringing an end to a shooting spree that began hours earlier.

The University of Chicago identified one of the deceased victims on Sunday as Yiran Fan, a 30-year-old Ph.D. student who came from China to study in the United States.

“This sudden and senseless loss of life causes us indescribable sorrow,” the university’s president, Robert J. Zimmer, and its provost, Ka Yee C. Lee, said in a statement, adding that Fan’s family in China has been notified of his death. “The university will share more soon about Yiran’s life as well as memorial information once it is available.”

No other victims have been identified.

Chicago Police Superintendent David Brown told reporters during a press conference Saturday night that the shooting began at around 1:50 p.m. in Chicago when Nightengale entered a garage, produced a firearm and opened fire, striking Fan in the head as he was sitting in his car. He was pronounced dead at the scene.

Nightengale then entered a nearby apartment building “just randomly” at 2 p.m. and opened fire, striking a 77-year-old woman retrieving her mail in the head and a security guard sitting at the front desk, Brown said, adding the security guard was later pronounced dead while the woman was in critical condition at the hospital.

About 45 minutes later, the gunman went to a second building where on the 19th floor he pushed a man he knew into an apartment where he demanded the keys to his victim’s red Toyota sedan, Brown said.

Police said that about an hour later, Nightengale entered a convenience store, announced it was a robbery and shot a 20-year-old man in the head, who was later pronounced dead, and an 81-year-old woman in the neck and back, who was listed as in critical condition.

After fleeing the store, Nightengale shot a 15-year-old girl in the head who was sitting in the backseat of a car her mother was driving, Brown said, adding she was in critical condition.

Nightengale then drove to Evanston, where police received a call of a man with a gun in a second convenience store.

Evanston Police Chief Demitrous Cook told reporters during a separate press briefing on Saturday that at the store, Nightengale announced it was a robbery before opening fire, hitting no one, then fleeing across the street to an IHOP where he shot a woman in the head, who was taken to a local hospital and is in critical condition.

The suspect then led police on a short chase before officers engaged Nightengale in a gunfight where he was struck and killed, Cook said.

Evanston Mayor Stephen Hagerty thanked police in a statement on Sunday for their “quick response and heroic actions” that brought the shooting to an end.

“While we are still learning more about the offender, his motive and the totality of yesterday’s tragic events, one thing is clear: If not for the brave actions of Evanston and Chicago police, many more innocent lives would have been lost,” he said. “My heart goes out to the victims of this senseless violence and their families. No words can repair the lasting damage done by this individual.” 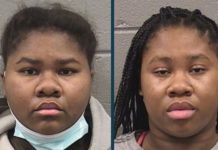 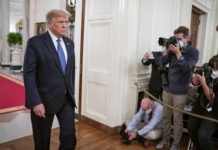