The annual report said the regional program is aimed at facilitating a “paradigm shift” in the Pacific island region from one that relies almost entirely on fossil fuels to one that’s climate resilient and low-carbon.

Part of the lending strategy is to support a dozen or so renewable energy projects over a five-year period that outlines the installation of as much as 80 megawatts of renewable energy and 30 MW of battery storage.

“Pacific island countries possess a large potential to strengthen local economies and enhance quality of life by scaling up the use of renewable power and increasing energy efficiency,” the report read.

As the United States started the process of ending its role in the international Paris climate accord, consultant group Frost & Sullivan said some of the protectionist policies from Western economies could accelerate the development of clean technologies in the Asia-Pacific region.

A 2013 study from the ADB found the Pacific region could experience economic losses of as much as 12.7 percent of annual gross domestic product by 2100 as a result of climate change. At the time, the bank warned that most countries in the region could see average annual temperatures rise by 3.24 degrees Fahrenheit by 2050.

Commentary published Sunday by Christian Zinglersen, a director of clean energy issues at the International Energy Agency, said as much as 25 percent of the growth in energy demand over the next quarter century will take place in emerging and developing economies like those in the Asia-Pacific.

For clean energy trajectory outside the ADB and other regional lenders, Zinglersen said it would be China that takes the lead in development of a low-carbon economy.

“Countries like China are helping drive down costs for the benefit of the world,” he wrote. “China is now the undisputable global leader of renewable energy expansion worldwide, and the IEA forecasts that by 2021, more than one-third of global cumulative solar photovoltaics and onshore wind capacity will be located in China.” 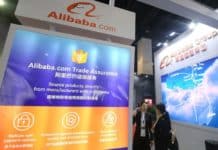 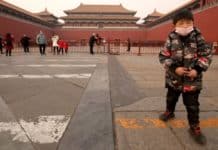