STOCKHOLM, Sweden, Nov. 25 (UPI) — Quickly melting ice in the Arctic with no effort to stop it may someday bring a stage where critical ecological change is uncontrollable, a team of international scientists said in a “groundbreaking” new report Friday.

In the Arctic Resilience Report, released Friday, the team of scientists said Arctic ice is melting faster than ever before and it will probably only get worse. In fact, the ecological change currently happening in the Arctic region is unprecedented, they say, and could one day become irreversible.

The report was compiled by a team of scientists working with the Arctic Council and issued by the Stockholm Environment Institute. It is the first comprehensive assessment of ecosystems and societies in the region.

“The signs of change are everywhere in the Arctic: Temperatures nearly 20°C above the seasonal average are being registered over the Arctic Ocean. Summer sea-ice cover has hit new record lows several times in the past decade. Infrastructure built on permafrost is sinking as the ground thaws underneath,” the SEI said in a news release accompanying the report.

“[The report] identifies 19 tipping points that can and have occurred in Arctic marine, freshwater and terrestrial ecosystems. These regime shifts affect the stability of the climate and landscape, plant and animal species’ ability to survive, and Indigenous Peoples’ subsistence and ways of life.”

Friday’s report is the result of a five-year study of environmental change in the Arctic and the “tipping points” responsible for it.

“This ground-breaking report … is an unprecedented effort to gain insight from what is happening on the ground in the region’s social-ecological systems,” Joel Clement, co-chair of the project, said. “The findings of this report are foundational to a more informed, coordinated approach to building resilience across the Arctic region.”

“One of the study’s most important findings is that not only are regime shifts occurring, but there is a real risk that one regime shift could trigger others, or simultaneous regime shifts could have unexpected effects,” SEI Executive Director Johan Kuylenstierna said.

According to the report, human elements — including carbon emissions, tourism, migration, resource mining and politics — are the main causes of climate change in the Arctic.

The report also notes that the Greenland Ice Sheet, which was previously thought to be resistant to climate change, has even undergone change recently — and has been melting at “rates higher than expected due to warmer summers as atmospheric temperature rise.”

If the Greenland sheet melted away completely, global sea levels would rise by about 25 feet, the report warns.

The report concludes that fundamental human change and more international action, similar to the recent Paris Agreement, is needed to fight the causes of Arctic change — before it’s too late.

“Realizing resilience in the Arctic will require a multi-dimensional effort,” the report states.

“A great deal of ground work has already been laid, and multiple practices, tools and strategies are available to move from resilience theory to resilience-based practice. While the challenges of Arctic change are significant, the people of the North have a long history of adaptation. But they cannot navigate these changes alone.

“Ultimately, realizing resilience in the Arctic will depend on empowering the people of the North to self-organize, define challenges in their own terms, and find their own solutions, knowing that they have the flexibility and external support to implement their plans.” 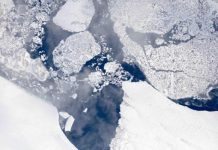 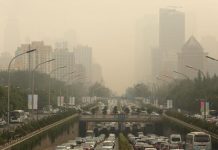