July 12 (UPI) — To comply with recently implemented cybersecurity regulations in China, Apple on Wednesday said it will set up its first Chinese datacenter in the southern province of Guizhou.

Apple’s iCloud datacenter is part of a $1 billion investment in Guizhou by the U.S.-based tech giant. The datacenter, which Apple will jointly operate with the local Guizhou-Cloud Big Data Industry firm, will locally store personal online information belonging to Chinese owners of Apple devices.

Beijing’s regulations are broadly defined, meaning foreign tech companies are unsure on how they would be enforced, The New York Times reported. The regulations also require that the transfer of data from Chinese servers to foreign servers be reviewed and approved by regulators.

“The addition of this data center will allow us to improve the speed and reliability of our products and services while also complying with newly passed regulations,” Apple said, adding no backdoor access to information would be created. 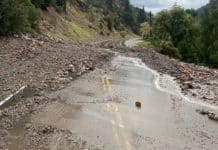