During a Thursday news conference at the base, McCarthy said he will listen to members of the community during his time at the base this week to figure out what changes will help prevent similar events from recurring in the future.

The disappearance and death of Spc. Vanessa Guillen earlier this year has prompted at least four investigations and sparked discussion about the installation’s culture, as well as the treatment of women and people of color in the Army.

They include a review conducted by an Army-authorized independent panel as well as a criminal investigation.

“Anger and frustration in a case like Vanessa’s is necessary. I’m angry, frustrated and disappointed. We’re heartbroken,” McCarthy said. “We rely on these units to protect our way of life. We’re going to do everything that we can to prevent these types of things from happening, to learn from this and to move on. But we will do everything we can to protect her legacy by making enduring changes.”

McCarthy said he attended nine listening sessions during a two-day visit to the base.

Those included meetings with soldiers of various ranks as well as community and civic leaders from surrounding cities.

In 2020 eight soldiers have died on or near Fort Hood this year, and five of those incidents have been publicly linked to foul play.

Its rate of certain violent crime is the highest of all military installations across the country, where roughly 45,000 soldiers are assigned, McCarthy said.

“The numbers are high here,” McCarthy added. “They are the highest, in most cases, for sexual assault and harassment and murders for our entire formation – the U.S. Army.”

Guillen disappeared April 22 and her remains were found in July.

Army investigators identified the suspect as Aaron David Robinson, who later died by suicide after fleeing the base.

Guillen had told her family she experienced sexual harassment on the base.

McCarthy said the Army is investigating harassment Guillen may have experienced.

Last week Col. Patrick Wempe, the Army Forces Command inspector general, told lawmakers that a written survey was distributed to 225 Fort Hood soldiers in late June. Of the 52 women who participated, 18 said they had been sexually harassed.

McCarthy also said the Army is likely to change the way it decides whether a soldier is legitimately missing or absent without leave.

In June investigators found the remains of Pvt. Gregory Wedel-Morales, who was initially listed as a deserter.

Wedel-Morales’ death is now being investigated as a homicide — a change his family had to fight for in order to have his remains buried at a veterans cemetery. 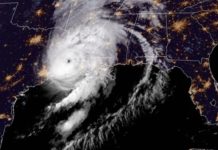