QUETTA, Pakistan, Oct. 25 (UPI) — Nearly 60 police cadets were killed and many more injured in an attack by several militants at a police academy in Pakistan on Monday.

Six militants stormed the Balochistan Police College on Monday with guns and bomb vests, taking at least 200 cadets hostage, killing 57 and sending more than 100 to the hospital before the military battled to successfully retake the facility.

The militants entered the academy around 9:30 p.m. local time, indiscriminately opening fire and shooting people as they moved toward the barracks.

More than 200 cadets in the barracks, which can house as many as 700, were taken hostage by the militants. As the Pakistani Army ran counter-terrorism operations, hospitals around the city were put on emergency alert and more than 100 wounded in the siege were taken in for treatment.

The attackers may have been in contact with al-Qaeda affiliates in Afghanistan, as at least one attacker was part of the lashker-e-Jhangvi militant group, said Major General Sher Afgan, chief of the paramilitary Frontier Corps.

Sanaullah Zehri, chief minister of Balochistan, said intelligence pointed to the potential of an attack and security in the city was put on high alert, though it was not enough to prevent bloodshed.

Officials say the militants opted for the police academy because of high security in other parts of Quetta, the capital of Balochistan province, which has been hit by terror attacks in recent months, including an attack in August killing 88 people in bombings aimed at a hospital and lawyers. 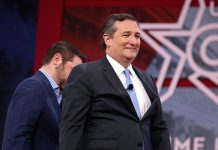