Cosby, 82, asked the court to weigh whether his rights were violated in the trial in which he was convicted of drugging and sexually assaulting Andrea Constand at his home in Philadelphia in 2004. He took issue with the court allowing testimony from five other women who accused him of sexual misconduct; including his civil deposition testimony; denying a hearing with examination of witnesses; and sentencing him under the 2018 Sex Offender Registration Act.

The filing states that there are cases in which the outcomes are “deeply influenced by public panic fueled by the nature of the allegations lodged, the media and other special interest groups” and creates a “dangerous precipice.”

“The instant case is one that has pushed the criminal justice system of this Commonwealth and the bedrock principles upon which it rests, to that precipice,” it states.

Cosby spokesman Andrew Wyatt issued a statement that his lawyers sought for the court to “review his case to consider the vital important questions about the impact of #MeToo hysteria” on the principles of the criminal justice system.

“The trial court’s overriding concern should have been to ensure a fair proceeding on the single charged offense for which Mr. Cosby was standing trial — not to provide a platform to any and all accusers who belatedly wanted their day in court,” Wyatt said.

Cosby states that he was stripped of his presumption of innocence as the testimonies of the five other women served no purpose other than to suggest that because they alleged Cosby made non-consensual contact with them signified his contact with Constand was also non-consensual.

He also said he testified in Constand’s civil suit, forfeiting his Fifth Amendment right against self-incrimination only because then-Montgomery County District Attorney Bruce Castor said he wouldn’t be prosecuted.

Cosby is currently serving a three- to 10-year prison term at a maximum-security state prison in Pennsylvania. 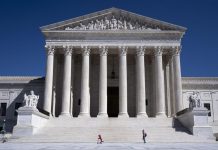 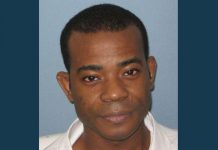