As of Saturday morning the Glass Fire in Napa and Sonoma counties has burned more than 62,000 acres and destroyed at least 826 structures, 293 of them homes.

According to Cal Fire, nearly 29,000 structures remained threatened by the fire, which is about 10% contained.

And thousands of Napa and Sonoma residents are under evacuation orders in the region, which is known for vineyards and other agriculture — but where, this season, vintners are leaving fruit to rot on the vine.

The Zogg Fire in Shasta and Tehama Counties had burned 56,305 acres and is 57% contained as of Saturday.

Four people have died as a result of the Zogg Fire.

The fires are two of the most recent in an historic fire season in which, according to Cal Fire, 8,100 wildfires have burned nearly 4 million acres, displacing 100,000 people and killing 30.

The SCU and LNU Lightning Complex Fires, which are now contained, were the third and fourth largest wildfires in the state’s history, burning for more than six weeks before firefighters brought them to 100% containment.

They also come amid historic drought conditions — with three-fourths of the west facing drought — and high heat, with little relief in sight.

Heat advisories are posted for 25 million people in California, including Los Angeles and San Francisco. Temperatures are expected to reduce next week, but no rain is forecast until the end of next week. 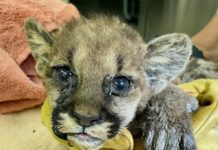 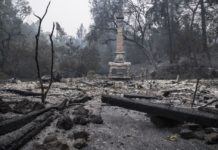 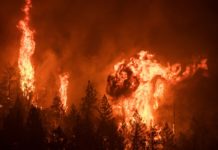