May 9 (UPI) — The U.S. Department of Justice charged the man accused of carrying out a shooting at a California synagogue with hate crimes including murder and attempted murder.

John Earnest, 19, was charged with 109 hate crimes violations including murder in the death of 60-year-old Lori Gilbert-Kaye and attempted murder of 53 other people after he opened fire at a San Diego-area synagogue on April 27, U.S. officials said.

The hate crime charges included 54 counts of free exercise of religious beliefs using dangerous weapon, resulting in death, bodily injury and attempts to kill, 54 counts of violating the Matthew Shepard and James Byrd Jr. Hate Crimes Prevention Act and one count of religious property by use of fire for attempted arson at an Escondido-area mosque while seven people were inside in March.

“We will not allow our community members to be hunted in their houses of worship, where they should feel free and safe to exercise their right to practice their religion,” U.S. Attorney Robert S. Brewer, Jr. said. “Our actions today are inspired by our desire to achieve justice for all of the victims and their families.”

The shooting took place at Congregation Chabad in Poway, about 30 miles north of San Diego, on the last day of Passover.

About 100 parishioners were attending the Passover holiday celebration when Earnest entered the building armed with an AR-15 style semi-automatic rifle that was loaded with a 10-round magazine, the Justice Department said.

He proceeded to open fire upon entering the synagogue, killing Gilbert-Kaye who jumped between the shooter and Rabbi Yisroel Goldstein, who was one of three people injured in the shooting.

Authorities later determined Earnest was also responsible for a fire that broke at Dar-ul-Arqa mosque in Escondido where the suspect also left a note referencing shootings at two mosques in New Zealand where 50 worshipers were killed.

Earnest faces a maximum possible penalty of death or life without parole. 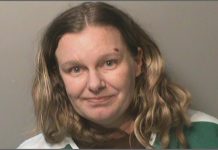 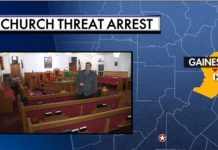 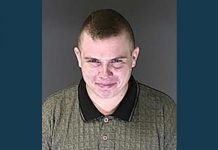