June 16 (UPI) — A Texas man filmed a brave house cat’s attempt to “challenge” a much larger animal — a lion at an animal sanctuary.

Derek Krahn posted a video to YouTube on Wednesday showing Baggy the cat’s attempt to intimidate Noey the lion through the bars of the larger animal’s cage at the Center for Animal Research and Education in Bridgeport.

Baggy takes multiple runs toward Noey while striking aggressive poses, but fails to intimidate the lion.

“Baggy, abort!” an amused Krahn yells. “There’s nothing to be gained, Baggy!”

The much smaller cat eventually appears satisfied and leaves the lion alone.

“Baggy the housemeow has always been a tough little cookie, but I never thought she was this degree of crazy. All is well, everything settled, and her & Noey (the lion) are back on speaking terms,” Krahn wrote. 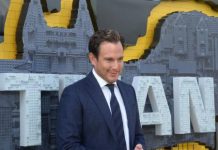 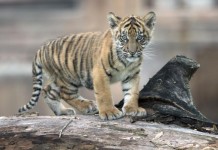 USDA Cracks Down On ‘Roadside Zoos’ That Use Lion, Tiger Cubs