McKenzie Anderson, a forensic scientist at the Minnesota Bureau of Criminal Apprehension, testified that two small white pills were recovered from the center console of Floyd’s SUV, while a box of Suboxone, a prescription medication used for adults with opioid addictions, was found on the driver’s side floor and an unopened packet of the drug was seized in a search of the vehicle.

A search of the squad car Floyd was placed into produced what appeared to be most of a pill and smaller pill remnants. DNA from one of the pills matched Floyd and a similar match was made with bloodstains from eight locations inside the vehicle.

Brehana Giles, another Minnesota BCA forensic scientist, testified that the pills found in the SUV contained methamphetamine and fentanyl, while the partial pill and other traces found in the squad car tested positive for methamphetamine. Another substance was detected in a larger pill, but it could not be conclusively identified, and a glass pipe from Floyd’s SUV tested positive for THC, the active substance in marijuana.

Susan Neith, a forensic chemist at NMS labs in Pennsylvania said the two pills found in the SUV and the partial pill in the squad car all contained fentanyl concentrations of less than 1%, which she described as common. The pills also contained an atypically low concentration of methamphetamine at 1.9%-2.9%.

Anderson also responded to questions about why the drugs were only seized from the squad car in December when a search was conducted on May 27, two days after Floyd’s death.

She said forensics teams were not told by investigators to be especially alert for evidence of drugs.

As a result, Anderson said she saw a white spot near the rear passenger floor of the squad car during the May 27 search that appeared to be a pill but did not seize it.

“At the time, I didn’t have any information that I was looking for a pill,” she said. “I wasn’t sure what it was, or if it came off of somebody’s shoe, so at the time I didn’t give it any forensic significance based on the information that I had [and was] focusing on the blood that was on the back seat.”

Chauvin’s defense has sought to prove that Floyd died as a result of drug use and other medical factors rather than from Chauvin kneeling on his neck for nearly 10 minutes.

During Wednesday’s testimony, James Reyerson, a special agent for the state BCA, was played a clip from former Minneapolis police officer J. Alexander Kueng’s body-worn camera on the day of Floyd’s death.

Under questioning from defense attorney Eric Nelson, Reyerson said it sounded like Floyd could be heard saying “I ate too many drugs.”

However, when presented a longer video including the same audio by prosecuting attorney Matthew Frank, Reyerson said he heard Floyd saying the opposite.

“I believe Mr. Floyd is saying, ‘I ain’t doing no drugs,” Reyerson said.

Frank noted that the response was “a little different” than his response to the shorter video and Reyerson agreed.

Reyerson further testified that Chauvin kept his weight on the back of Floyd’s necks for minutes after he was no longer talking or moving, noting that the officer placed his knee on Floyd’s neck shortly after 8:19 p.m., while Floyd fell silent before 8:24 p.m. and stopped moving about a minute later.

Wednesday, Stiger said Chauvin’s force was deadly because Floyd was on the ground in a prone position.

Stiger added that Chauvin should have considered Floyd’s level of distress.

Stiger, a paid witness for the prosecution, also testified that officers are trained to place a knee in between a suspect’s shoulder blades to restrain them on the ground. Officers, he added, are always cautioned to stay away from the neck as much as possible to restrain a suspect — echoing testimony earlier this week from Minneapolis police trainer Lt. Johnny Mercil, who said the same thing.

Stiger went on to say that the crowd gathered at the scene outside a Minneapolis convenience store was not a threat and had not become hostile.

Chauvin faces conviction on a charge of second- or third-degree murder in Floyd’s death. He could also be convicted of second-degree manslaughter. The trial is expected to last a couple more weeks. 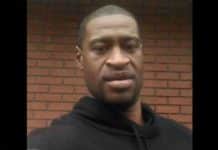 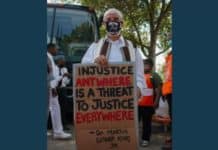 Chauvin’s supervisor: Restraint of George Floyd should have ended earlier 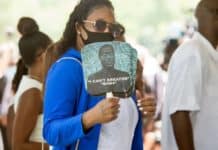