Dec. 18 (UPI) — The Republican-led House and Senate plan to vote on tax reform and government funding this week, before the holiday break.

Both chambers had planned to enter their recess last week but delayed the break to vote on the two key financial issues.

The rewrite of the tax code was finalized Friday with no changes now allowed in the 400-page bill. In the Senate, the Republicans, who temporarily have a 52-48 advantage, appear to have the votes to pass the tax legislation without any Democratic support. Sen. Bob Corker of Tennessee, the only Republican who voted against the Senate version, and Marco Rubio of Florida committed to voting “yes” on Friday.

Rubio changed from a “no” after the refundable portion of the child tax credit was increased. Corker changed his stance after being concerned about the impact on the federal deficit.

Sen. John McCain won’t be back in Washington because he’s in Arizona recovering from chemotherapy to treat brain cancer. Sen. Thad Cochran of Mississippi, also a Republican, was absent last week with illness.

House Speaker Paul Ryan announced during a conference call Friday night with his members that the House will vote Tuesday before the Senate.

Both chambers have approved the first major tax overhaul since 1986, which includes new tax rates for individuals and corporations and is projected to add $1 trillion to the debt over the next decade. Members of the House and Senate have met to reconcile the two bills’ differences.

President Donald Trump has said he wants to sign the bill to give “the American people a giant tax cut for Christmas.”

“We’ll have very little Democrat support, probably none, and that’s purely for political reasons,” he said Wednesday. “They like it a lot, and they can’t say it.”

Democrats have criticized the rush to pass the bill and want newly elected Alabama Sen. Doug Jones to be sworn in before the vote. He defeated Republican Roy Moore in last week’s special election in Alabama.

Both chambers hope to pass the tax bill before tackling government funding.

Last Wednesday, House Republicans introduced legislation to fund most of the government through mid-January and the Defense Department through the end of the 2018 fiscal year.

But unlike the House, the Senate needs more than a majority and instead 60 votes to approve the spending bill. 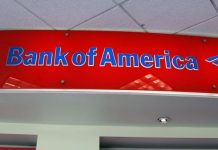 Bank of America reports largest-ever Q1 profit — near $7B 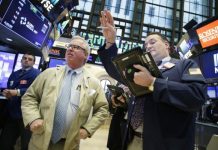 Dow increases by 5,000 points for first time in history 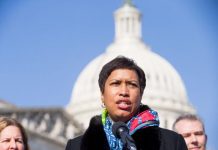