June 24 (UPI) — Vulnerable whale species face a number of modern threats. But decades of centuries explain why so many whale species are endangered to begin with.

Ecologists and conservationists in Switzerland and Australia are working to glean lessons from the historic collapse of whale populations during the 19th and 20th centuries.

Bolstered by historical analysis, researchers at the universities of Tasmania and Zurich developed a model to predict which whale species are most vulnerable to decline as a result of overfishing and global warming.

“In the face of global environmental change it’s important that we can predict which species are at risk so appropriate conservation measures can be taken,” Julia Blanchard, an associate professor at Tasmania’s Institute for Marine and Antarctic Studies, said in a news release. “When abundance becomes more variable over time for a given species it can be a warning signal of an impending population collapse, but abundance estimates are low in reliability.”

The new analysis suggests dramatic shifts in whale body size, when combined with abundance data, can be indicative of impending population declines. Researchers analyzed body size and abundance data for four whale species collected by the International Whaling Committee prior to the 1985 international moratorium on whaling.

Researchers were able to detect a sharp decline in whale body size some 40 years prior to global population collapse.

“We looked at data for blue, fin, sei and sperm whales and found significant declines in body size, with sperm whales taken in the 1980s four meters shorter on average than those taken in 1905,” Zurich researcher Chris Clements said. “These results suggest that tracking changes in their mean body size might help to predict when populations are at risk of collapsing.”

“Overfishing, which is likely to get worse with an increasing human population, is a threat faced by many marine species and can lead to changes in body size as well as the collapse of fish stocks that can take many decades to recover,” said IMAS professor Mark Hindell. “If we can use an approach such as this that takes into account traits of species and enables early detection, it should be possible to determine which populations are at greater risk of collapse and to help put management in place to stop it happening.” 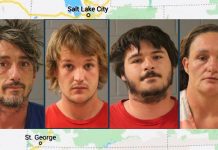 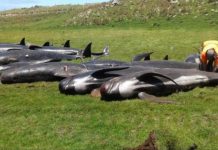