The consumer price index report said the hikes, fueled by stubbornly high energy prices, continued to remain at a 40-year high. The 1.3% price increase in June was the largest monthly jump this year.

“While today’s headline inflation reading is unacceptably high, it is also out-of-date,” President Joe Biden said in a statement after the report was published.

“Energy alone comprised nearly half of the monthly increase in inflation. Today’s data does not reflect the full impact of nearly 30 days of decreases in gas prices, that have reduced the price at the pump by about 40 cents since mid-June,” Biden said.

The statement noted “core inflation” declined for the third month in a row, but high prices been spread across various sectors, from housing to groceries, and, while lower, the cost of gas is still significantly higher than a year ago.

“The energy index rose 7.5% over the month and contributed nearly half of the all items increase, with the gasoline index rising 11.2% and the other major component indexes also rising,” the Labor Department said in a statement. “The food index rose 1% in June, as did the food at home index.”

The index minus food and energy, a key indicator followed closely by the Federal Reserve, increased 0.7% in June over the past month and jumped 0.6% the month before.

“While almost all major component indexes increased over the month, the largest contributors were the indexes for shelter, used cars and trucks, medical care, motor vehicle insurance and new vehicles,” the report said.

“The indexes for motor vehicle repair, apparel, household furnishings and operations, and recreation also increased in June. Among the few major component indexes to decline in June were lodging away from home and airline fares.”

While some areas of inflation appear to be slowing, economists point out that inflation may be on the way to peaking but the numbers don’t show it yet.

The consumer price index “delivered another shock, and as painful as June’s higher number is, equally as bad is the broadening sources of inflation,” Robert Frick, a corporate economist at Navy Federal Credit Union, told CNBC.

“Though CPI’s spike is led by energy and food prices, which are largely global problems, prices continue to mount for domestic goods and services, from shelter to autos to apparel,” Frick said.

In addition to noting continued efforts to lower the cost of gas, Biden said his administration is urging Congress to take action on prescription drug, insurance and utility costs.

“Tackling inflation is my top priority — we need to make more progress, more quickly, in getting prices under control,” Biden said. 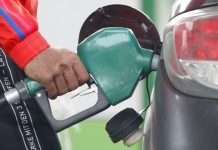 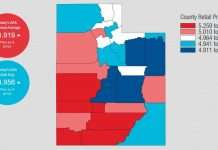 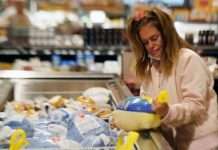