The East Baton Rouge Coroner’s Office said student Maxwell Gruver had a blood alcohol level of .495 at the time of his death.

In Louisiana, a level of .08 qualifies as legally drunk.

Gruver, 18, died Sept. 14 after he was found unresponsive at the university’s Phi Delta Theta fraternity house.

Court records indicate Gruver was engaged in what the fraternity called “Bible Study” — a game in which pledges continuously drink alcohol if they err in answering trivia questions about the fraternity.

A witness told police that he found Gruver asleep on a couch after a night of drinking.

The coroner’s conclusion was that Gruver died of acute alcohol poisoning with aspiration, and classified the death an accident.

Also Wednesday, arrest warrants were issued for 10 people in connection to Gruver’s death. One was charged with negligent manslaughter and hazing, and the others were each charged with a single count of hazing.

At least four of those charged turned themselves in to police, officials said. 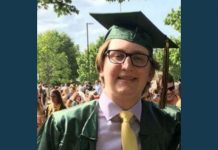 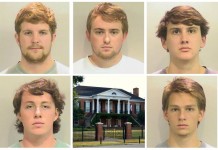