Feb. 26 (UPI) — The number of deaths attributed to lung-illness connected to tainted THC vapes has continued to rise, national health authorities said Tuesday, although the outbreak appears to have peaked.

As of Feb. 18, 68 deaths in 29 states were confirmed to be caused by e-cigarette, or vaping, product use-associated lung injury, or EVALI. That was up by four from 64 deaths reported Feb. 4 by the Centers for Disease Control and Prevention.

A total of 49 additional cases were reported since two weeks ago, bringing the total to 2,807 in all 50 states. The highest numbers of reported cases were in the country’s most populous states of California, Illinois, New York and Texas.

The states with the highest number of deaths reported were Georgia and Indiana, with six deaths each. Health officials in Illinois and Massachusetts reported five deaths. California and Utah reported four deaths each.

The outbreak peaked in September 2019, but new cases still are being confirmed nationwide, the agency said. More deaths are still under investigation.

Health investigators pointed the finger at THC vapes tainted with the cutting ingredient vitamin E acetate, which has been deemed safe for eating and topical uses. Officials are still saying other contaminants may be contributing to the outbreak.

Federal health officials have warned people not to use illegal THC vaping products, “particularly from informal sources like friends, family, or in-person or online dealers,” the agency said.

Publicizing the outbreak may have had a dampening on national vaping habits, a study released this week showed.

Even though the vaping outbreak was traced to THC vapes, researchers at the Tobacco Research and Treatment Center at Massachusetts General Hospital found an increase in Google searches for terms such as “quit vaping” showed many Americans considered giving up e-cigarettes as the vaping crisis became more public. 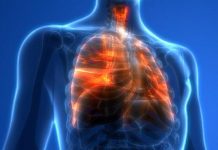 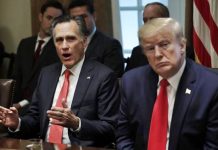 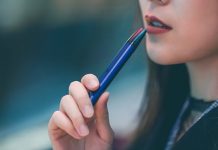