Feb. 11 (UPI) — Denver teachers will strike on Monday for the first time in 25 years after last-minute negotiations with the school board failed.

The Denver Classroom Teachers Association and the Denver Public Schools met Saturday for 11th-hour negotiations on a new contract but were unable to agree on a pay raise for teachers.

“Teachers were stunned when DPS proposed hiking incentives instead of putting that new money into base pay where it could make the entire district more competitive,” teacher and union president Henry Roman said in a statement.
“We are incredibly disappointed that on the last day of bargaining and less than two days before a strike, they doubled down on one-time incentives teachers do not want.”

The teachers and the board have been negotiating for 15 months over a new contract, and on Jan. 22, 93 percent of the union voted to strike as the two sides were $8 million apart on salary proposals.

But that wasn’t good enough, the union said, walking away from the negotiating table.

Calling the new proposal “bizarre,” Roman said the strike will begin Monday “and perhaps then DPS will get the message and return to the bargaining table with a serious proposal aimed at solving the teacher turnover crisis in Denver.”

The union said it would be willing to continue negotiations Tuesday.

“We’re disappointed that DCTA walked away from the table,” the board said on Twitter. “We presented an updated proposal that responds to what we have heard from teachers … and significantly increases the base pay for teachers.”

We’re disappointed that the DCTA walked away from the table. We presented an updated proposal that responds to what we have heard from teachers, aligns to our values of equity and retention, honors the ProComp ballot language and significantly increases the base pay for teachers.

All schools will be open Monday but due to a lack of staff, early childhood education classes will be canceled.

The school board has previously said that it would look to utilizing its pool of substitute teachers to keep the schools open during a strike.

“I am obviously incredibly disappointed,” Cordova said in a KDVR interview.

Picketing is planned for 7 a.m.

The last time Denver teachers went on strike was in 1994. 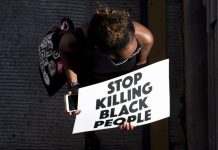 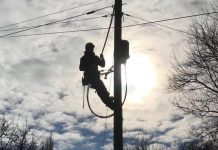 Teen arrested in fatal shooting at mall in Colorado