Sept. 24 (UPI) — Millions of Puerto Rico residents are struggling to survive since Hurricane Maria devastated the island last week as a Category 5 storm.

The entire U.S. territory remains without power, cellphone service is spotty, drinkable water is scarce, buildings have been destroyed, roads have washed away and a dam might collapse after the storm hit Wednesday.

The government has confirmed 10 storm-related deaths in the population of 3.6 million people. Local officials have said the deaths are greater.

On Friday, Puerto Rico Gov. Ricardo Rossello ordered the evacuation of all 70,000 residents in the areas under the Guajataca Dam, at the northern end of Lake Guajatac about 60 miles west of San Juan.

“We were able to observe directly the damage to the Guajataca dam,” Rossello posted Saturday on Twitter. “We reaffirm in the request to evacuate the area as soon as possible.”

The dam, which is 120 feet high and nearly 1,000 feet long, was built in 1929 by the Puerto Rico Electric Power Authority. The reservoir can hold about 11 billion gallons of water for drinking, irrigation and power generation.

“This is a serious situation because that’s our drinking water,” Miguel Abrams, the emergency management director of Quebradillas, said to The New York Times. “Seven or eight cities depend on that lake to drink.”

On Saturday, the National Weather Service warned of flash flooding in Isabela and Quebradillas areas.

Abrams said only the neighborhoods in lower areas were in danger of flooding.

“Since the ground is already saturated, we don’t know how nature will work,” Abrams said. “This is a lot of water.”

Juan Morales, the public safety director for Isabela, said the situation was not as severe as explained by the governor.

Rossello went to Isabela to urge the mayor to evacuate three neighborhoods.

“What is the risk?” the governor said at a news conference Saturday. “The risk is life. Faced with doubt, we want to identify, be able to evacuate and make sure that people are safe.”

Rosello met with more than 50 mayors and representatives from across Puerto Rico on Saturday.

Authorities flew over the island Saturday.

“It was devastating to see all that kind of debris in all areas, in all towns of the island,” Jenniffer Gonzalez, the island’s non-voting representative in Congress told CNN. “We never expected to have a lot of debris in so many areas. A lot of roads are closed, older ones are just gone.”

Rossello has called Maria the worst hurricane in a century.

He said it could take months to restore the electricity throughout the territory.

Only 5 percent of wireless cell sites are in service, the island’s Federal Communications Commission said Saturday.

“Federal partners are aggressively working to meet and overcome challenges to opening ports and restoring power to bring additional life-saving commodities and personnel into disaster-affected areas,” FEMA said in a statement Saturday about efforts in Puerto Rico and another territory, the U.S. Virgin Islands. 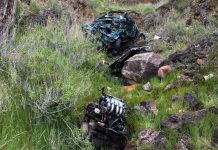 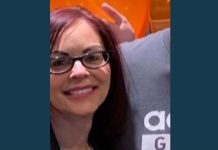