After setting its first new record in more than a year on Monday, the S&P 500 followed that up with a gain of nearly 15 points Tuesday to close at 2,152.14.

All three indices rose 0.7 percent on Tuesday. The previous all-time records for the Dow and S&P were set in May 2015.

The soaring U.S. stocks have puzzled some analysts, as they have taken off less than two weeks after the United Kingdom voted to leave the European Union — a move many expected to tarnish financial markets worldwide.

While some market damage was done by the exit, such as the nosediving value of the British pound, the U.S. economic climate has been thrown multiple lifelines to mitigate the harm.

For one, a cautious Federal Reserve declined to raise benchmark interest rates at its meeting last month, citing uncertain market signals. Another came in the form of a better-than-expected jobs report, underscoring nearly 300,000 new jobs in June, from the U.S. Labor Department last week.

Another influential factor, experts say, is that fewer investors are seeking shelter in safer sectors, like utilities. They say the emergence of that capital in riskier, but more common, corners of Wall Street has provided a boost for bullish conditions.

“So far, 2016 is reminiscent of past stealth bull markets, climbing a wall of worry despite obstacles in its way,” analyst Douglas Coté, chief market strategist at Voya Investment Management, stated in a report by USA Today Tuesday.

Another factor expected to influence the market climate for the next six months is resurgent corporate earnings.

“After three or four quarters of an aggregate earnings decline for S&P 500 companies, due to decimated profits from oil and gas companies and a strong U.S. dollar, earnings may finally begin to bottom and perk up in the second-half of 2016,” analyst Jason Ware, chief investment officer at Utah-based Albion Financial, said Tuesday.

“The stock market is typically a discounting mechanism looking out 6-12 months, and if corporate profits begin to grow again stocks will move ahead of that. Meanwhile, interest rates remain very low making stock returns more attractive by comparison.” 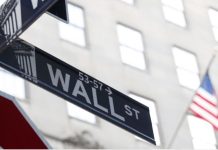