Sept. 17 (UPI) — A federal judge has sentenced former Massachusetts state Rep. David Nangle to 15 months in prison after he pleaded guilty to embezzling campaign funds, and bank and tax fraud.

U.S. District Judge Rya Zobel of the District of Massachusetts said Nangle also must pay more than $30,000 in restitution to the Internal Revenue Service and forfeit more than $15,000. Zobel handed down the sentence Wednesday.

“Former Representative Nangle was a 22-year veteran of the Massachusetts State House and former chairman of the Ethics Committee when he illegally used campaign funds for private golf club dues, trips to casinos and expensive dinners,” Acting U.S. Attorney Nathaniel R. Mendell said. “He broke the law and violated his duty to the voters — as Chairman of the Ethics Committee, no less. This case is the latest proof that this office is intent on holding corrupt public officials accountable.”

According to his 28-count indictment in February 2020, Nangle carried a scheme since 2014 that allowed him to steal hundreds of thousands of dollars from his campaign, a bank and the IRS to make personal purchases and to cover his gambling debt.

Court documents indicated he was heavily in debt as a result of “extensive gambling” at several casinos and Internet gambling sites. He also used the funds to cover golf club dues, rent cars and buy flowers for his girlfriends, gas, hotels and restaurants.

According to court documents, Nangle knew he was barred from using his campaign funds for personal purchases and concealed his scheme by filing false reports to an independent state agency to disguise his spending. For example, he listed $1,675 he spent at a Lowell golf club on membership dues and locker fees as “catering” in the report sent to the state agency.

Nangle also obtained hundreds of thousands in loans from a bank to repay his debts by lying on applications, misstating his income and understating his debt, prosecutors said.

Darryl Coote contributed to this report. 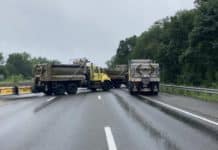 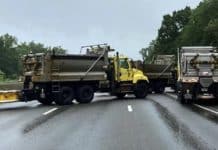