Jan. 7 (UPI) — A judge ruled that a defense witness on false and coerced testimony can testify in the trial of the Orlando Pulse nightclub shooter’s widow, Noor Salman.

Salman told the FBI in the hours after the shooting on June 12, 2016, that she knew about her husband’s plans to attack the gay nightclub. Omar Mateen killed 49 people and died in a shootout with Orlando police.

“I knew on Saturday, when Omar left the house about 5 p.m. that this was the time that he was going to do something bad. I knew this because of the way he left and took the gun and backpack with ammunition … ” Salman said, according to a statement written by an FBI agent and signed by Salman during the 18-hour interview.

The 12-page handwritten statement was released by federal authorities at the end of last month, obtained by WKMG-TV and posted online.

Salman has pleaded not guilty on federal charges of providing material support to a terrorist and tampering with evidence. Her trial is scheduled to begin in March.

Her attorneys have argued that Salman’s statements to the FBI should be excluded from trial. The attorneys said she was not given proper Miranda warnings while in custody.

The U.S. attorneys argued she was not in custody, was free to leave and said her statements were voluntary.

Salman now claims she did not know of his plot, and she was suffering from post-traumatic stress disorder and that Mateen abused her.

Salman’s signed statement details her knowledge of Mateen’s plans to carry out the attack on behalf of the Islamic State.

“I am sorry for what happened I wish I’d go back and tell his family and the police what he was going to do,” Salman wrote in her signed statement.

For two years before the attack, she said, Mateen browsed jihad websites and watched beheading videos.

Four days before the attack, she wrote, Mateen bought a rifle.

When Salman asked him about the rifle, she said he became angry and asked “not to say anything to anybody.” He told her it was for his work as a licensed security guard for the private security firm G4S.

“I knew later, when I could not get ahold of him that my fears had come true and he did what he said he was going to do,” Salman said. “I was in denial and I could not believe that the father of my child was going to hurt other people.” 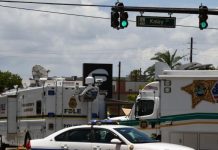 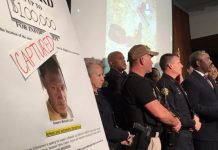 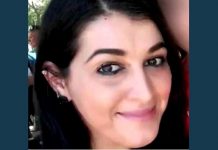