The FBI has tracked these incidents since 2000 and for the first seven years, there was an average of 6.4 incidents per year. There have been 20 more such incidents every year since 2008, with 2017 and 2018 being the worst, the FBI reported.

“It’s encouraging that the number of active shooting incidents dropped from an all-time high in 2017, but last year still saw the second-most incidents this century,” Kyleanne Hunter, vice president of the Brady Campaign to Prevent Gun Violence, told USA Today.

The FBI defines an active shooter as one or more individuals actively engaged in killing or attempting to kill people in a populated area.

Nine of the incidents ended with an exchange of gunfire between the police and the shooter. Ten shooters committed suicide, 11 were arrested, four were killed by police, one was killed by civilians and one is still at large. The shooters ranged in age from 13 to 64.

The 2018 tally includes the Marjory Stoneman Douglas High School shooting in Parkland, Fla., that killed 17 students and staffers. There were a total of five school shootings in 2018, according to the data, including the one at Santa Fe High south of Houston where a 17-year-old student killed 10 people.

In October, a shooter killed 11 worshipers at the Tree of Life Synagogue in Pittsburgh. In November, 12 people died in a shooting at a bar in Thousand Oaks, Calif.

California had the most shooting incidents in 2018, with four, while Florida had three. Two incidents were reported in each of Texas, New Mexico, Tennessee, Illinois, Kentucky, Pennsylvania and Maryland.

The deadliest shooting of 2017 was the Route 91 Harvest Festival in Las Vegas, where a gunman in a hotel attacked concertgoers, killing 58 people and wounded hundreds others. The horror of that shooting led President Donald Trump to call for a ban on bump stocks, which allow semi-automatic rifles to fire faster. 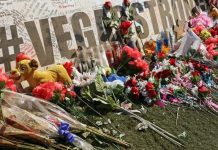 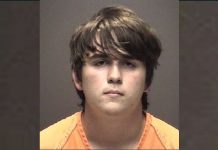 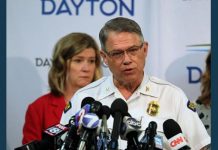