EVANSVILLE, Ind., Nov. 19 (UPI) — The Food and Drug Administration this month will begin wide-scale testing samples of romaine lettuce for the presence of E. coli and salmonella.

The decision comes after contaminated romaine lettuce caused three separate, multi-state E. coli outbreaks. Together, those outbreaks killed five people and made another 295 sick, according to the FDA.

“This assignment is intended to help the FDA, the [Centers for Disease Control and Prevention] and state public health agencies to identify sources of contamination and factors that may be contributing to them, so that they can be addressed,” the FDA said in a statement.

Neither the FDA nor the industry has been able to determine exactly where all the outbreaks occurred, or how the romaine lettuce became contaminated.

“For a variety of reasons, it’s difficult to trace back outbreaks directly to farms,” said Jennifer McEntire, vice president of food safety and technology for United Fresh Produce Association of Washington, D.C.

“People may have eaten lettuce multiple times in a week from different places. And, if they buy a bag salad with greens from different farms, it’s really messy to trace back,” McEntire said.

Processing companies tend to mix leafy greens from several farms when they are packaged. However, in each case, the agency was able to determine the region from which the outbreaks originated, and also identify the farms that were the likely culprits.

In Yuma, for example, the FDA determined that water from an irrigation canal “most likely led to contamination of romaine lettuce.”

“But, what was really peculiar to me was that, in all these cases, one grower [was not sufficient to] explain all of the illnesses,” McEntire said.

That means the outbreaks cannot be blamed on an individual farmer’s mistake or mismanagement, she said, adding, “There may be something more dispersed in the environment or the region that needs to be controlled.”

In Yuma’s case, officials traced the contamination to a particular farm, but “also indicated that other farms in the area might have contributed to the outbreak.”

Alongside federal agencies, industry groups have been working to identify contamination vectors by reviewing harvest practices and tracing the sources of water used to irrigate fields.

“It is unacceptable for any consumer to suffer with a food-borne illness,” the Grower-Shipper Association of Central California said in a statement after the FDA announced the third E. coli outbreak linked to romaine lettuce Oct. 31.

“We know consumers want more than apologies and sympathies. We must do more,” the statement said. “The [association] has recently retained Dr. David Acheson, former associate commissioner of food for the FDA, and the Acheson Group, to help us and our members identify and prioritize solutions as well as work collaboratively with public health agencies and other food safety experts.”

The FDA’s testing program, which will continue until November 2020, is intended to help identify the cause of contaminated romaine lettuce.

The agency will take 270 samples throughout the year, increasing the frequency during the spring and fall, “when food-borne illness outbreaks associated with romaine lettuce consumption have most frequently occurred,” the agency said. 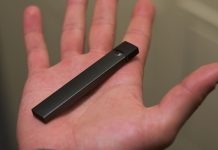 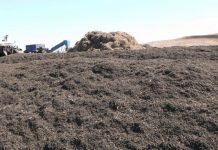 New use proposed for contaminated romaine lettuce: the compost pile