Nov. 28 (UPI) — A federal court ruled Monday that the U.S. military must move forward with plans to allow transgender recruits by the beginning of 2018.

The court ruling clarified an earlier injunction against President Donald Trump‘s order directing the Pentagon to revert to its transgender policy prior to June 2016 when the Obama administration repealed the law prohibiting transgender individuals from serving openly in the military.

Washington D.C. District Judge Colleen Kollar-Kotelly issued the injunction in October ruling Trump’s memo may not be enforced while a lawsuit by a group of transgender military members works its way through the courts.

The Justice Department filed a notice that it is appealing the injunction and asked Kollar-Kotelly to clarify it didn’t prevent Defense Secretary James Mattis from “exercising his discretion to defer the January 1, 2018, effective date for the accession.”

In the ruling Monday, Kollar-Kotelly clarified Mattis can’t delay the date further and the military must continue to follow the Obama administration’s transgender recruiting policies by Jan. 1, 2018.

“The Court explained that the effect of its Order was to revert to the status quo with regard to accession and retention that existed before the issuance of the [Trump] Presidential Memorandum,” she wrote. “Those policies allowed for the accession of transgender individuals into the military beginning on January 1, 2018. Any action by any of the Defendants that changes this status quo is preliminarily enjoined.” 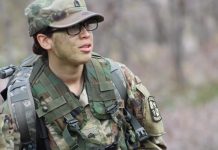 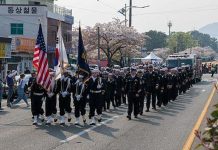 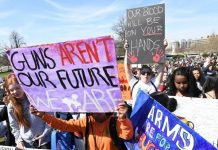