Judge Jon Tigar, of the U.S. District Court for the Northern District of California, ruled to once again block the policy to reject asylum applications from migrants who travel through other countries on their way to the border between the United States and Mexico.

“The question now before the court is whether those harms can be addressed by any relief short of a nationwide injunction. The answer is that they cannot,” Tigar wrote.

Tigar had previously issued a nationwide injunction against the policy in July, stating it was “inconsistent with existing asylum laws,” but last month the Ninth Circuit Court of Appeals limited the injunction to California and Arizona, allowing it to take effect in Texas and New Mexico.

The American Civil Liberties Union hailed the decision as a victory on Monday, as ACLU attorney Lee Gelnert said the court “recognized there is a grave danger facing asylum-seekers along the entire stretch of the southern border.”

“Every single time that this administration comes up with what we believe is a legal rule or policy that we really believe that will address this crisis, we end up getting enjoined,” he said. 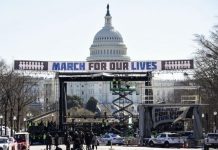 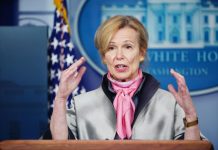 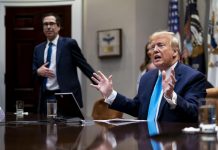 Trump, lawmakers seek to add $250B in funding for small business loans