Feb. 9 (UPI) — Local and federal law enforcement authorities announced that they are investigating a computer intrusion at a Florida city’s water treatment plant where a hacker tried to increase a chemical in the city water supply to dangerous levels.

On Monday, the Pinellas County Sheriff’s Office announced the investigation, which includes the FBI and the U.S. Secret Service. The breach happened Friday at the water treatment facility in Oldsmar, Fla., a small city with a population of about 15,000 located 14 miles southeast of Tampa.

On Friday, an operator at the water treatment plant noticed that an unknown person had hacked into the system remotely and with the mouse began to adjust the levels of sodium hydroxide, or lye, in the water, increasing it by 100 times from 100 parts per million to 11,100 parts per million, Pinellas County Sheriff Bob Gualtieri said in a press conference.

Sodium hydroxide, an ingredient in drain cleaners, is used in small amounts to clean heavy metals and other pollutants in water supplies.

The hacker was inside the system for three to five minutes, and the operator immediately reduced the levels to their appropriate amount.

“At no time was there a significant effect on the water being treated, and more importantly the public was never in danger,” Gualtieri said.

“We don’t know whether the breach was initiated inside the United States or outside the country,” he said.

Oldsmar provides water directly to its businesses and roughly 15,000 residents and Gualtieri said that authorities notified surrounding towns to be on their guard for similar hacking attempts.

Authorized users were allowed to access the water treatment system’s computers remotely to “troubleshoot,” but access was removed following the hack.

Even if the amount of chemical in the water had been changed, there are redundancies in the system that would have caught the change, Oldsmar Mayor Eric Seidel said.

“The protocols that we have in place, monitoring protocols, they work — that’s the good news,” Seidel said. “Even had they not caught them, there’s redundancies in the system that would have caught the change in the pH level.”

He added that the city was alerting the region that “there’s a bad actor out there.”

“I will be asking the FBI to provide all assistance necessary in investigating an attempt to poison the water supply of a Florida city,” Rubio said. 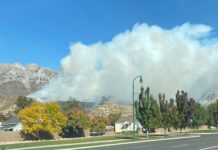 Evacuations underway due to 300-acre Range Fire in Utah County 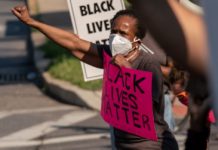