April 17 (UPI) — Barbara Bush, the matriarch of a Republican political dynasty who championed family literacy during her time as first lady, died Tuesday in Texas, her family announced. She was 92.

“A former first lady of the United States of America and relentless proponent of family literacy, Barbara Pierce Bush passed away Tuesday, April 17, 2018, at the age of 92,” a statement from the office of her husband, former President George H.W. Bush, said.

Her death comes days after a family spokesman said she was in failing health and had declined further medical treatment. Barbara Bush had been in and out of the hospital over the past year for treatment for congestive heart failure, bronchitis and chronic obstructive pulmonary disease.

“It will not surprise those who know her that Barbara Bush has been a rock in the face of her failing health, worrying not for herself — thanks to her abiding faith — but for others,” a statement said at the time her family announced she would forgo further medical treatment. “She is surrounded by a family she adores and appreciates the many kind messages and especially the prayers she is receiving.”

“Laura, Barbara, Jenna and I are sad, but our souls are settled because we know hers was,” said a statement from her son, former President George W. Bush. “Barbara Bush was a fabulous first lady and a woman unlike any other who brought levity, love and literacy to millions. To us, she was so much more. Mom kept us on our toes and kept us laughing until the end. I’m a lucky man that Barbara Bush was my mother.”

Barbara Bush’s funeral mass will be invitation only, though she will lay in repose at St. Martin’s Episcopal Church in Houston, the George Bush Presidential Library Foundation said. Further funeral arrangements were pending.

Barbara Bush was the wife of George H.W. Bush, the 41st and oldest living former U.S. president. They were married Jan. 6, 1945.

Born Barbara Pierce on June 8, 1925, in Manhattan, she met her future husband at age 16 at a school dance in Rye, N.Y. George H.W. Bush was a Navy pilot and the two married after the end of World War II, when they moved to Texas and the future president started his oil business.

George H.W. Bush succeeded Reagan to the Oval Office in 1989, and as first lady, Barbara Bush championed literacy for all ages. Inspired by her son Neil Bush’s dyslexia, she founded the Barbara Bush Foundation for Family Literacy in 1989. She chaired the organization until 2012.

“Parents are their children’s first teacher and role model,” Bush said in a speech launching the foundation. “Many of the estimated 23 million adults with literacy problems are parents.”

“To break this cycle of despair we have to work to establish literacy as a value in every American family. And I mean every type of family.”

Though she made literacy her lifelong cause, as first lady, she also emphasized the importance of family values and spending time with one’s children.

“Remember, at the end of your life, you will never regret the project you didn’t finish on time for work. You will regret the time you did not spend with your spouse, children and relatives,” she told graduates during the 1992 Marquette University commencement.

“There is no such thing as a one-minute parent,” she added. “There are no shortcuts. Your children must come first in your lives.”

“My grandmother’s entire life was focused on others. For my grandfather, she was his top adviser and confidante. For her family, she was a steady, loving and guiding hand. And for her country, she was an inspiration and an example for all,” he said Tuesday.

Barbara Bush wrote a number of books during and after her time as first lady, including Reflections: Life After the White House and Barbara Bush: A Memoir, and two books in the voices of her dogs, C. Fred and Millie’s Book.

The matriarch of the Bush family, several of her children and grandchildren have followed the 41st president’s footsteps into the political sphere, while others have entered other areas of public life.

Her oldest son, George W. Bush, was the 43rd president of the United States and her third-oldest child, Jeb Bush, was governor of Florida and ran for president in 2016. Sons Neil Bush and Marvin Bush are businessmen, and daughter Dorothy Bush Koch is an author and philanthropist. The Bushes’ first daughter, Robin, died at age 3.

“As a wife, mother, grandmother, military spouse and former first lady, Mrs. Bush was an advocate of the American family,” a statement from Trump’s press secretary said. “Amongst her greatest achievements was recognizing the importance of literacy as a fundamental family value that requires nurturing and protection.” 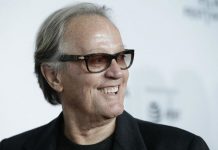 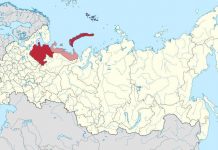