CORSICA, France, Aug. 4 (UPI) — French customs officers Tuesday seized a Pablo Picasso painting worth more than $27 million at a port off the French island of Corsica.

Considered a Spanish national treasure, Picasso’s “Head of a Young Woman” was found aboard a a British-registered yacht near the island city of Calvi in Corsica after an attempt to send the painting to Switzerland. It was confirmed that the painting was due to be flown there by private jet after being on the yacht.

Picasso painted the work in 1906. It belongs to Spanish billionaire Jaime Botin, whose great grandfather founded the country’s largest bank, Santander. Botin purchased the painting in 1977 at the Marlborough Fine Art Fair in London, England. Although he owns a stake in the company that owns the yacht, he was not aboard the vessel at the time the painting was seized. However, the seizure marks the latest iteration of various attempts by Botin to take Picasso out of Spain and auction it off in London.

The most recent export request was made and denied on July 30.

Back in 2012, Botin had also made a formal request for this transition to the Spanish government. They denied it on the grounds that no similar work existed on Spanish soil, a ruling which Botin appealed by arguing that the painting is physically aboard a 65-meter superyacht moored at the Valencia Royal Nautical Club under a British flag.

He added that this exempts the painting from Spanish law. Furthermore, he said that he is not the direct owner of the painting; rather, it is the property of Panamanian Society Euroshipping Charter Company. He holds the largest stake in this company. The appeal was ultimately overturned with judges saying the yacht’s physical location at a Spanish port subjugates it to Spanish law.

The work is believed to have been procured from the superyacht at some point between the months of June and July. The yacht aboard which the painting was found moored near Corsica on July 10. 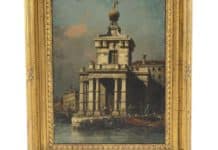 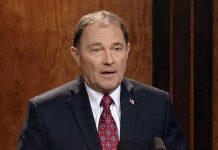 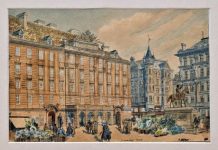